A trio of U.S. Senators voiced support yesterday to establish passenger rail service in the busy I-20 Texas-Louisiana-Mississippi  corridor from Dallas-Fort Worth to Atlanta.

In a meeting of the Southern Rail Commission convening in Monroe, Louisiana, U.S. Senator Bill Cassidy (R-Louisiana) said “The Bipartisan Infrastructure Bill has made it possible to have an Amtrak route in North Louisiana connecting our cities with Atlanta and Dallas. This conference included Federal officials and state and local leaders from Mississippi, Louisiana and Texas,” said Dr. Cassidy. “ It demonstrated to Amtrak and to the Federal Railroad Administration that Louisiana is committed.”

Cassidy spoke at a stakeholder meeting to discuss extending passenger rail service along the I-20 corridor, which runs through North Louisiana. Thanks to the Infrastructure Investment and Jobs Act (IIJA), there is potentially money available to help fund the project. The rail line would bifurcate the existing Amtrak Crescent line service in Meridian, Mississippi to Dallas with stops in Mineola, Longview, Marshall in Texas; Shreveport, Ruston and Monroe in Louisiana and in Vicksburg, Mississippi.

U.S. Senator Cindy Hyde-Smith (R-Mississippi) called the effort a "project of great significance" for the states and Senator Roger Wicker R-MS) echoed the sentiments with his support.

Cassidy was joined by numerous state legislators and federal officials, including representatives from Amtrak and the Federal Railroad Administration. He was also joined by Knox Ross of the Southern Rail Commission, which is coordinating efforts to extend passenger rail to North Louisiana. Canadian Pacific Railroad, in merger talks with Kansas City Southern whose tracks in Louisiana the passenger rail service would operate on, backs the effort for a daily train with the potential for a second frequency, according to CP spokesperson Ariel Giordano.

“The Southern Rail Commission expresses its gratitude to Senator Cassidy, Senator Wicker, Senator Hyde-Smith, the Federal Railroad Administration and other key stakeholders who are committed to the vision of the I-20 corridor project for their diligent efforts to ensure this project obtains the resources it needs,” said SRC chairman Ross. “With funding available, an agreeable freight, and strong leadership at the state, local and national level, we are confident that this project will soon be underway.” 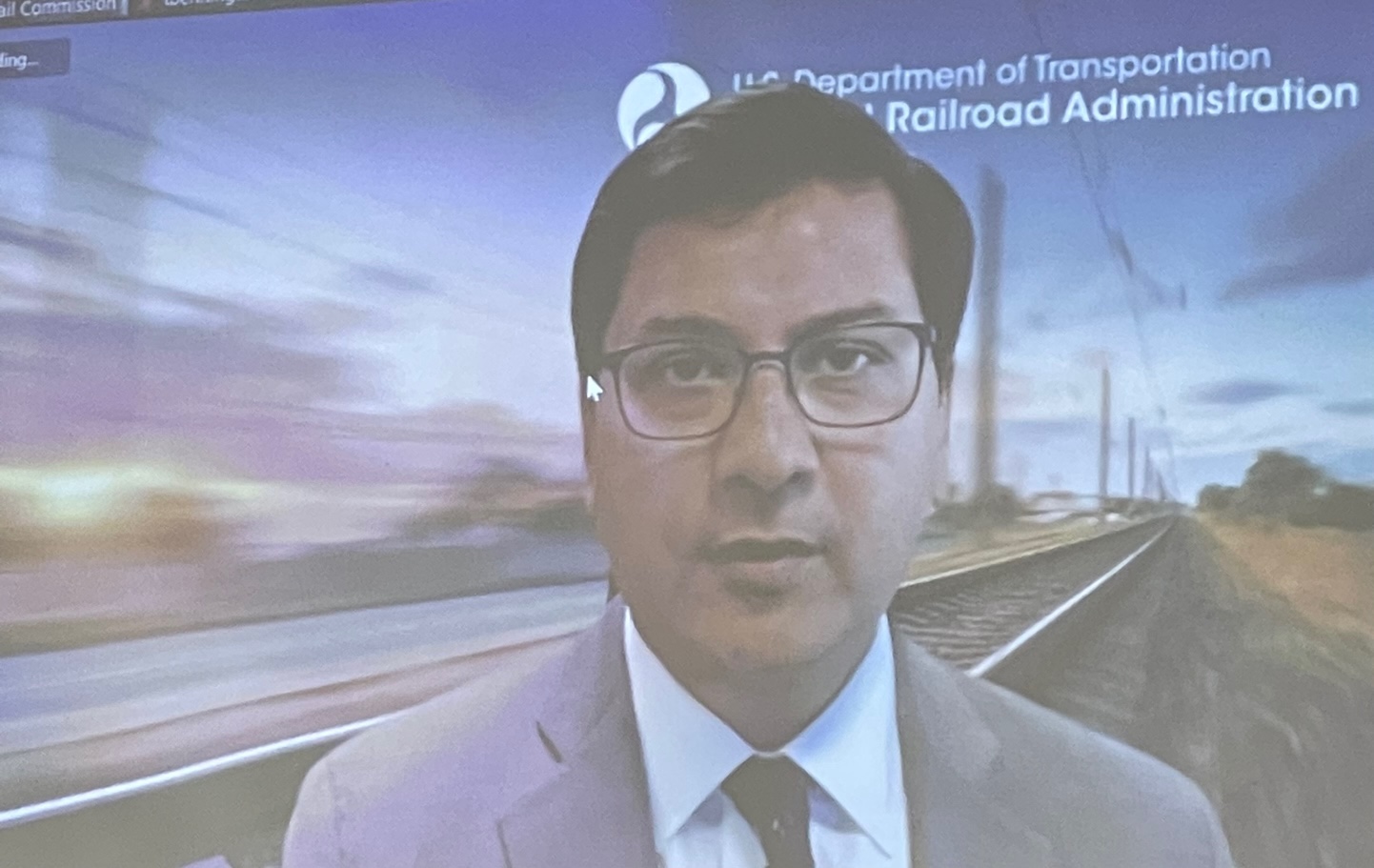 About 100 stakeholders either attended live at the University of Louisiana Monroe campus or by Zoom. Federal Railroad Administrator Amit Bose said "we are in a transformative era in rail transportation." Bose said that passenger rail in the corridor would enhance local economic development and needed improvements to the line would also benefit freight rail traffic.

Department of Transportation officials from Louisiana and Mississippi were present along with Texas Rail Division Director Jeff Davis. In an October 5, 2022 letter from TxDOT Executive Director Marc Williams to FRA chief Bose, Williams expressed the department's interest in new service along the corridor. 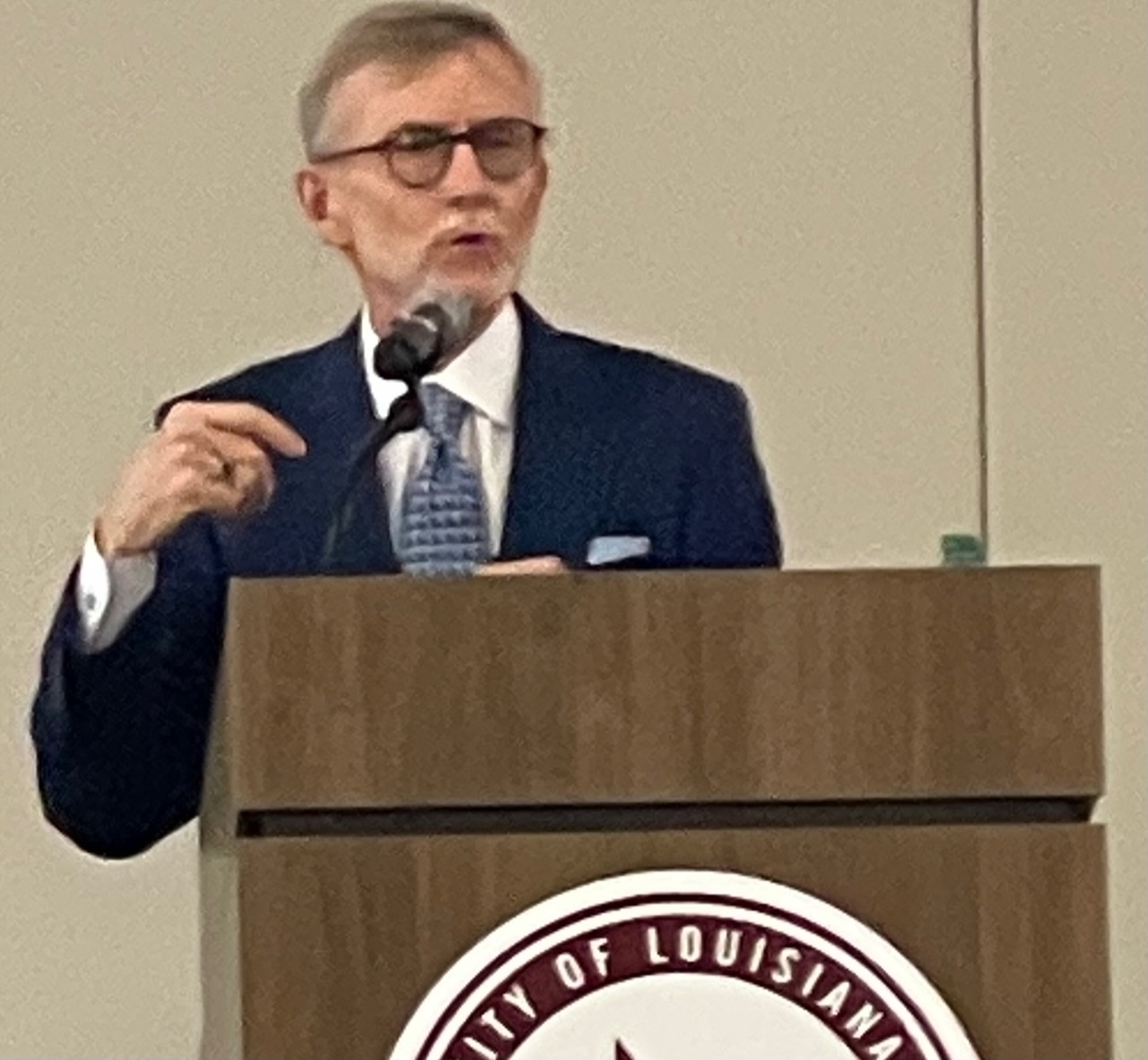 John Robert Smith, who heads Washington based Transportation for America, pointed out the economic benefit that occured when, as mayor of Meridian Mississippi, a multi-modal Amtrak/intercity bus/local transportation center was built to revitalize the city. "Each dollar invested in the Meridian Multi-Modal complex returned over $180 in economic development within a three block area."

The IIJA has several funding sources from which stakeholders can apply, and the Louisiana Legislature has already appropriated $10 million for an extension of long-distance Amtrak service in north Louisiana. Additionally, the IIJA created a Corridor ID program under the Federal Railroad Administration to identify and develop new or improved intercity passenger rail services. Cassidy himself met with Amtrak CEO Stephen Gardner and stakeholders in New Orleans on October 18 to discuss the project.

In 2015, an Amtrak feasibility study was conducted showing that a long-distance passenger rail connection could operate profitably over existing railroad infrastructure along the I-20 corridor. Additionally, another study in 2017 said that less than $80 million is required as an initial investment between Texas, Louisiana and Mississippi. Both Canadian Pacific and Amtrak have announced plans to conduct a study that would help finalize a cooperative agreement to operate the passenger train for the I-20 corridor over track currently owned by Kansas City Southern. Canadian Pacific has offered to acquire Kansas City Southern, and a decision on the proposed acquisition is expected from the Surface Transportation Board in early 2023.

Under the infrastructure law, The FRA has $500,000 in seed money available to corridors for the initial work on planning, 90% federal funding to develop a service plan showing how the corridor would operate and 80% funding to take it to the actual project construction stage. The FRA will issue its first "project pipeline report" by May 13, 2023 showing enterprises that have state support around the country.

BNSF closes out 2021 with record earnings